Invictus Games 2020 heading to The Hague, The Netherlands

The Invictus Games is an international adaptive sporting event for wounded, injured and sick Servicemen and women, both serving and veteran. In 2018 it took place in Sydney and in 2020 it is coming to The Hague.

Henry van Zanden has recently published a new book: The Lost White Tribes of Australia Part Two: Individuals of an Alien White Race to follow his earlier book, 1629 Mutiny on the Batavia.

This week a team of researchers from TU Delft, Van Oord and CSIRO are travelling to the Great Barrier Reef to test a new method for the large-scale rehabilitation of coral. 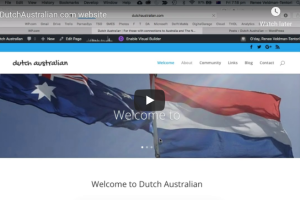 I’ve been writing articles on this Dutch Australian website since 2011. It’s time for a new layout. 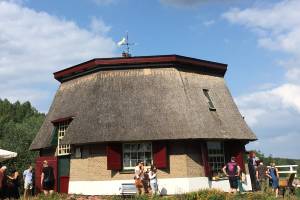 The Biesland Dagen farm festival in The Hague, the Netherlands, has become an annual fixture in our family calendar.

On 1 September 2018, we attended the colourful cultural Embassy Festival in The Hague. This was the fourth year we have attended, and it didn’t disappoint.

In August 2018, our family took a two week driving holiday from our home in The Hague, the Netherlands, to Lake Garda, Italy – via Austria and Germany. You can follow along here.

The original plan was to take our time driving home and spend a few days along the way in Ulm and Heidelberg. However after a week camping, I was really keen to get home and the family agreed. We spent a night in Ulm on Monday 13 August.

Australians in The Netherlands »

Moving to The Netherlands »