Bloemencorso – Flower Festivals in The Netherlands

There are many towns throughout the Netherlands and Belgium who celebrate this each year.  Wikipedia Bloemencorso has a list of the various regions with links to websites for more information.  These flower parades are a beautiful spectacle.

I’m currently writing this in North Holland while we spend the weekend with family and the town of Winkel is not far away.  This guide has just come in the post for the 106th Bloemencorso in Winkel which will be held on Sunday 23rd September 2012.  You can get an idea from the photos of how elaborate the floats in the parade are. 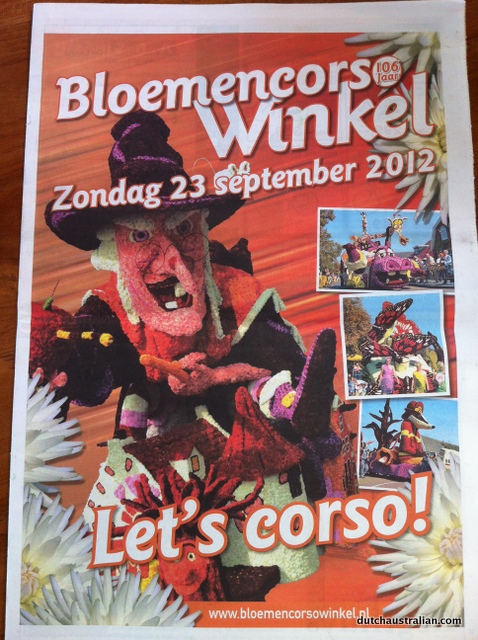 According to my mother in law, the parades began as a way to use the dahlias which are cut around this time of year – as they are grown for the bulbs, not the blooms.

In this region, there is also a flower based festival the weekend prior, on Saturday 15th and Sunday 16th September,  the Nieuwe Niedorp Floralia has a variety of activities for the whole family with music, markets, streetfestival and much more.

Unfortunately we already have plans for that weekend so will miss it but will certainly plan to attend a Bloemencorso in the future.

There is also a Varend Corso – Floating Flower Parade in Delft and surrounds.