When we lived in Australia, I was always cautious about and quite scared of spiders.  In fact, I shouldn’t be researching this article before bedtime because I’ve just taken a look at the pictures in this Australian Geographic Gallery of Australia’s 10 most dangerous spiders and I’m likely to have nightmares.  Interestingly enough though, I learnt in that article that Australian spiders may not be quite as deadly as many think.

Regardless, during my own childhood in Australia we were taught to stay well away from spiders and during our Life in Australia I’d keep a close eye on the children in the garden (also teaching them about snakes!).

However here in The Netherlands, it seems to be a different story.  I was actually quite horrified in our first few weeks here to discover the girls running around the back garden with their cousins “collecting” spiders webs on a stick.  My initial instinct was to tell them to “stay away”!  However after a chat with them about the benefits of spiders to the eco-system (which may or may not have sunk in to their little minds), as a parent I didn’t class it as a dangerous situation.  As far as I know, Dutch spiders are not poisonous?  I’ve just found a site via google about a huge variety of Spiders of The Netherlands but like I said before, being bedtime and all, I’m not going to look at it in much detail!

So instead, I’ll share a story from our week.  My youngest daughter has a routine of ringing our doorbell as we arrive home – just for fun.  This time though, she jumped back in fright.  “Mama, a spider!”.  I replied (after taking a look) – “He’s ok there, you can get a stick and gently move him.  But that’s only because it’s a Dutch spider and not dangerous. In Australia, you must never go near the spiders, they’re poisonous”.  Her response?  (Brilliant 4 year old logic).  “But Mama, this spider might have gotten on a plane from Australia and flown here – like we did!”

So perhaps, just stay away from spiders where-ever you are!  Are you scared of spiders?  Any experiences with Dutch or Australian spiders?  Love to hear from you in a comment below. 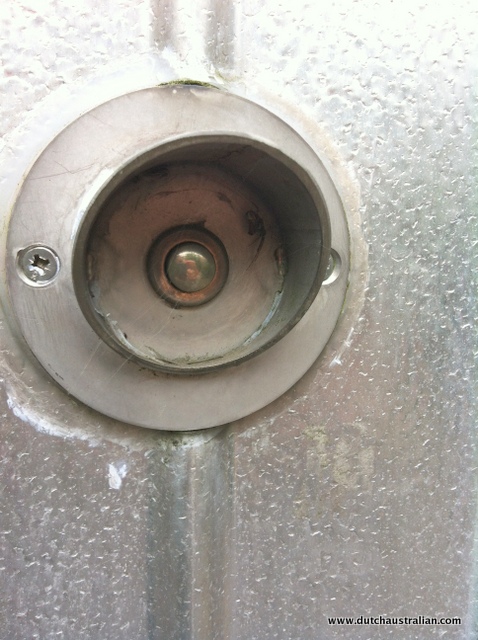