This website covers anything related to the Netherlands and Australia (and the link between the two), so when I saw there is a Down Under Festival coming up, I thought it must be a celebration of Australian music in Eindhoven.   Their horizontal banner certainly screams “Australia”:

This one though is a slightly more strange mix of images, not many of which reflect Australia to me – you? 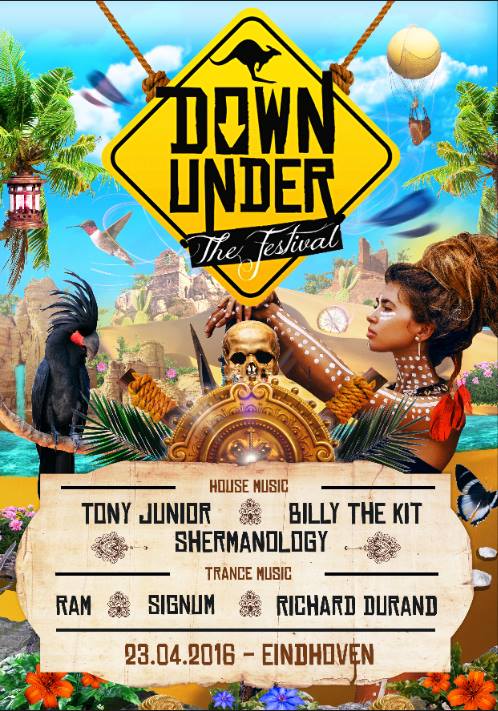 It looks a little more “Aztec” to me but I should be wrong – how many Aussie (and non Aussie) items can you spot?

Advertising for the previous years is also very Australian-image focussed: 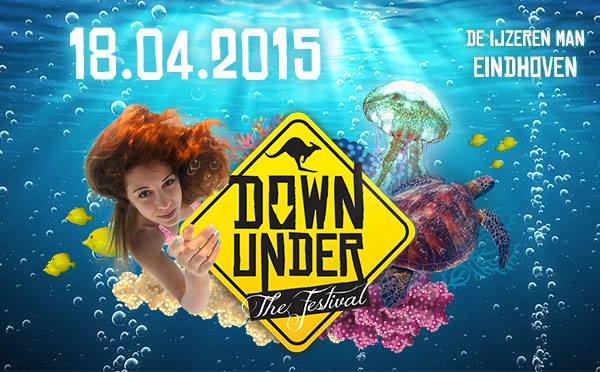 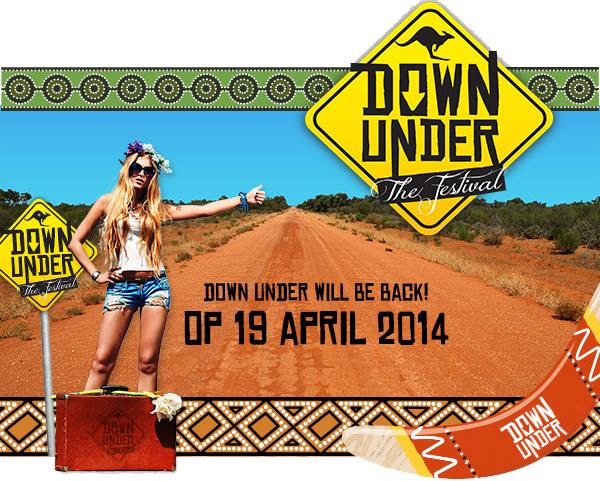 Their website: http://www.downunderfestival.nl shows that it’s a house/trance dance festival, but it’s not clear where the DJ’s are from.  I’ve done a bit of Googling:

I’ll give up there, maybe there is an Aussie DJ hidden in the lineup but if it’s a “Down Under” Festival I would have thought you’d make a point of this?

Their promo video is interesting too:

It’s in English, I guess tying in the with Australian theme, and with “vast sweeping plains” – but which could, to me, just as easily be as African as Australian to me – would you agree?  The voiceover is: “Be prepared, in a world where earth as we know it, does not exist.  To save his people, the world is no longer as you remember it?” Um, what?   Any interpretations?!

I’m not aiming to diss the festival, it looks like fun, I’m just a bit confused!  At 40 years old, with two kids, I’m a little past the target market for this outdoor festival, so maybe I’m missing something.  Have messaged them on Facebook to ask.  Perhaps as I’m both an Australian in the Netherlands and a marketing lecturer, I’m just really curious why they market it this way?  Maybe as Australia has the “cool factor”?  Maybe the team behind it are Australian?  What’s your guess?

I wonder if anyone has turned up kind of wondering where the didgeridoos, kangaroos and meat pies are?

If it looks like your thing, you can buy tickets here: http://www.downunderfestival.nl

2 thoughts on “Down Under – The Festival, Eindhoven The Netherlands”