On Saturday 29th July 2017, I had the pleasure of experiencing LIMBO, an original Australian circus-caberet that has spent the summer performing at Amsterdam’s Boom Chicago Rozengracht theater.

Created by an Australian production company, but with a multicultural cast, I spoke to the two Aussies that were in the Amsterdam show.  Musician, Mick Stuart, has been involved with LIMBO since the very beginning.  He told me that the show that evening was his 777th!   Eamon McNelis is also a talented and experienced musician, who said he was really enjoying his time in Amsterdam.  There are a total of FIFTY instruments played during the show. I’m sadly not musical enough to identify many of them or even to fully appreciate the talent it takes to play them – but I can say that they contribute to an amazing experience!

Taking photos and videos was not allowed during the show, so instead here’s just a photo afterwards of the stage…you’d be amazed at how much goes on in that fairly small circle, and the surreal, superb sounds created by all those instruments you can see in the background.

You can get an impression from their promotional video:

You can also read more about the show in my initial post promoting LIMBO.  They have their own website, but as I write, this doesn’t seem to have been updated since their 2015 appearances in Edinburgh and Melbourne.  Not all the performers were the same in Amsterdam, but the photos there do give another impression of the show though:

I live in The Hague and to get to the theater in Amsterdam, I needed to travel around 2 hours each way on public transport.  It was well worth it.  The performance is around an hour and a quarter, and the entire time is packed with non stop high energy and surprises.  It’s described as a combination of circus and cabaret and it’s perfect for international audiences as its purely visual.  Several other reviews describe it as “sexy” and I’d have to agree – not only are the acrobatic and athletic bodies just perfection, but the whole package of the way the performers exude their confidence and capability is really impressive.  I am sure they have worked increadibly hard to get to this point, and each show is no doubt physically demanding.  However the atmosphere that they manage to create is one of effortless ease, while the audience is left gasping in admiration and awe.  Made me want to up my yoga classes, learn how to strut and swallow fire!  However I’ll never match the amazing flexibility, strength and sexiness of this crew.  I think there were 8-9 performers – all displayed unique talents, whether musical, acrobatic, dance – and all together, it was just WOW.

Seeing LIMBO in a relatively small venue was a treat too, meaning I was up close to the action. My friend and I had VIP seats, worth booking if you see a show at Boom Chicago as it adds to the experience with a good view (on a raised platform) and table service – we had drinks and dessert.

There are only a few more days left to grab tickets in Amsterdam, Sunday 6 August 2017 is the last show:

It was great to have the chance to chat to the artists after the show in the Boom Chicago bar. 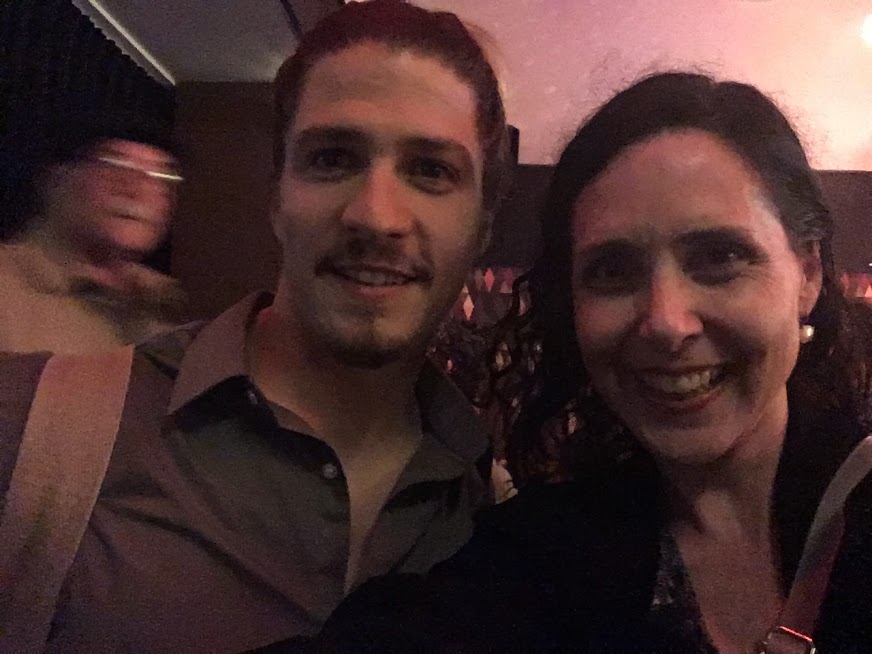 Good news for Australia – another version of this show, Limbo Unhinged, can be seen in Brisbane from 9-30 September:

If you are in Brisbane, get tickets here before it sells out!

They will hopefully continue to travel the world, so go see them if they are ever near you!