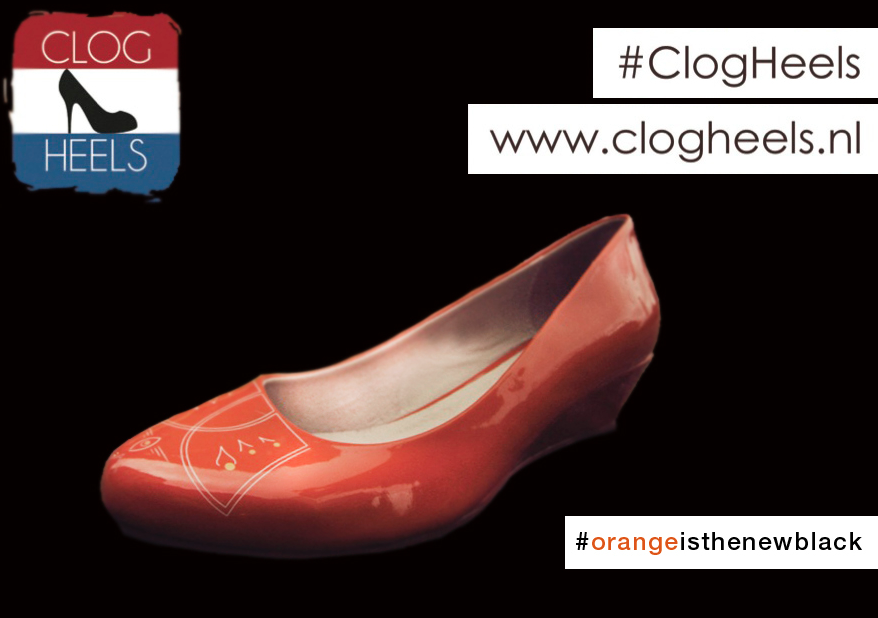 Hi, I am Siobhan. I’m an Australian who lived in the Netherlands between 2005 and 2010. Why? Because whenever I travelled around the world I met Dutch people in the most random places and I liked them, so thought I’d try life in their country.  I am also 183 cm tall and I like tall good looking men, dus ‘tuurlijk was Nederland het antwoord!

I fell in love with the country and enjoyed my time there.  Then, in 2009, the year before I was due to leave the Netherlands, I was having a bit of trouble working out what I was going to do with the rest of my life. So I declared it was to be the year of Travel and Shoes. I bought an amazing pair of shoes and travelled all seven continents in a 12 month period.

In 2010, when I was just about to  leave my beloved Netherlands to return to Australia, a humorous and loveable banker gifted me with a wonderful departing present.  He knew of my Imelda shoe complex so had hand made a pair of high heeled clogs!  Thus, Clogheels was born.

I immediately fell in love with my Clogheels and then thought, “Well, since I am still working out what to do with the rest of my life, I might as well take time to work this one out!”   I had been considering an MBA but decided a “DIY MBA” – i.e. starting my own business was more the thing for me. So I began the process of creating and distributing Clogheels.

In April 2013, just in time for the Queens last big shindig (koninginnedag), I launched Clogheels.com.  I flew from Australia back to The Netherlands and had an awesome pop up shop on the Haarlemmerdijk in Amsterdam (onedayshop.nl) with expert sales support.

However, I got a lot more than I bargained for with my business launch when I met Marcel. Marcel is a friend of a friend and asked me to marry him within the two weeks that I was in the Netherlands. I GOT MY VERY OWN TAKE HOME DUTCHY! Awesome huh?

We got married on the 15th May this year, in a dramatic turn of events after a motorcycle accident.  We ended up getting married at St Vincent’s hospital in Sydney.  We are now working out how to get to live in the best two countries in the world!

Would you like your very own pair of Clogheels?  Visit www.clogheels.com and let us know you found us via Dutch Australian.

Tagged as: Australians in The Netherlands, Dutch in Australia