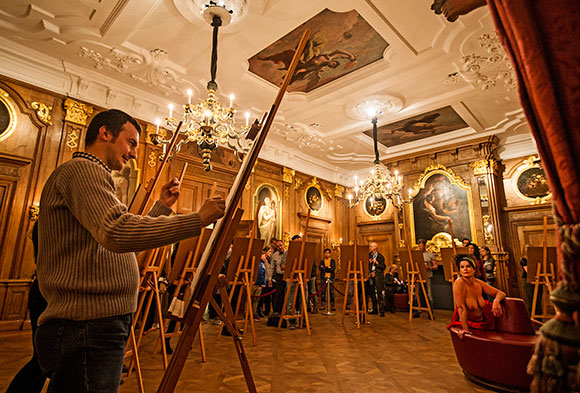 On Saturday, September 5th, the sixth edition of Museum Night, The Hague attracted a total of 10,000 visitors. Forty museums and cultural institutions across The Hague opened their doors from 8pm until 1am for this nocturnal culture marathon.

The permanent exhibitions and temporary exhibitions in participating museums were supplemented with activities ranging from workshops to cabaret, music, film, performance and poetry. The program was kicked off in a sold-out performance at the Koninklijke Schouwburg, which was transformed into a ’30s variety theater with performances from the eccentric Sven Ratzke and burlesque showgirl Miss Flora Gattina.

More than 1000 children also enjoyed the KinderMuseumNacht from 4-8pm, with an official opening performance at the Gemeente Museum. 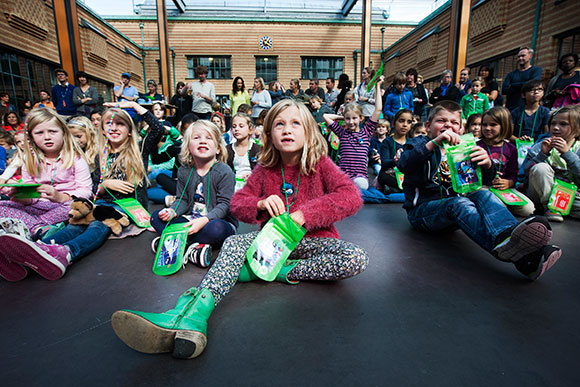 The overarching theme for Museum Night 2015 “Open and Exposed”, where participating institutions were urged to share nothing but the naked truth with visitors.  One example was a crash course in nude drawing in the Mauritshuis. An Afterparty was held at the Paard van Troje.

Images and source of text above: Museumnacht press release

My own photos can be seen on Google Photos: 2015 Museumnacht Den Haag & Kindermuseumnacht